At ETH Berlin recently, Infura announced plans for a new decentralized infrastructure network. This decentralized network has the potential to vastly improve how web3 developers and end-users access and interact with the data on blockchains.

Why is this a big deal? And what could it mean for Web3? Let’s take a look.

One of the most important innovations Web3 and blockchain technology make possible are decentralized protocols—networks and communities where anyone and everyone can participate. Protocols are a powerful new form of human coordination using technology and protocols like Bitcoin and Ethereum have led the way for so many others to emerge: NEAR, Polygon, and Arbitrum, just to name a few.

But what about the infrastructure and protocols that exist on top of these networks? Many companies creating the building blocks are operating in Web2 terms with centralized ownership and access to their services. As Web3 technology grows and matures, the need for decentralized protocols and infrastructure grows with it. That’s why Infura is launching a new infrastructure protocol for node services.

Node services are how some dapps access blockchain data in Web3. While some larger organizations choose to host their own nodes, self-hosting can be complicated and expensive. As a result, many developers rely on companies like Infura to manage the infrastructure and blockchain access for them.

A decentralized infrastructure protocol—one that offers this access but isn’t controlled by a single centralized entity—is a critical piece to completing the Web3 tech stack.

What is a Decentralized Infrastructure Protocol?

Let’s break down this question of centralized versus decentralized a bit further.

In a centralized node service, a single entity controls the protocol and infrastructure. Similar to how Web2 companies like Twitter or Facebook: one entity hosts the server that ensures the service is operational, gatekeeping the user data and pocketing the revenue. As a result, end-users like you and me only have one entry point into the service, and zero control over what happens behind the scenes.

In the case of a node provider, a single entity is responsible for keeping the service operational, the infrastructure running, and the node responses flowing. While there are multiple nodes running, they are all controlled by this single entity. If the centralized entity or its infrastructure goes down, so does the entire service, along with any applications that rely on that service. Remember when Facebook went offline on October 4th in 2021? That’s a prime example. Millions of people and services were disconnected as a result of their server outage. This is the principal shortcoming of centralized infrastructure: it can never guarantee 100% uptime the way a decentralized network can. 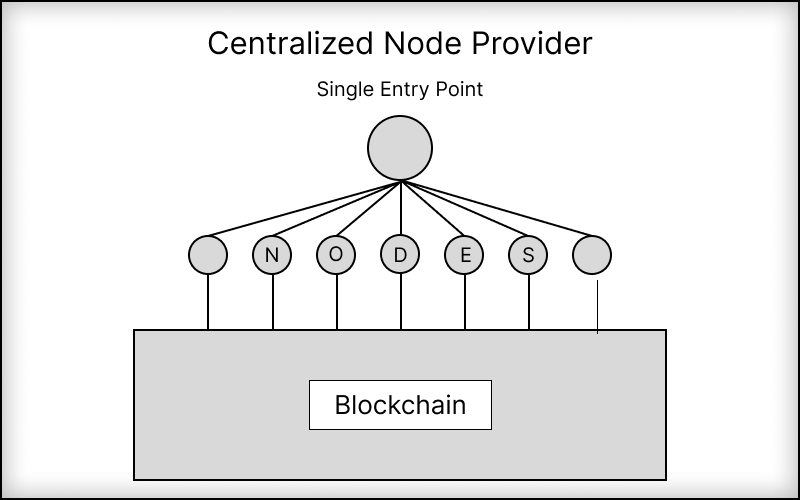 In a decentralized node service, there are multiple entities all joining together to support the protocol, host the nodes, validate the data, and distribute the risk of infrastructure. The decentralization of responsibilities is closer to the ultimate goals of Web3 and a truly permissionless infrastructure.

And, because there are multiple providers, users will have the choice of which provider to use. If a provider goes down, or one makes technical decisions the user doesn’t like, then the user can easily switch to a new provider. 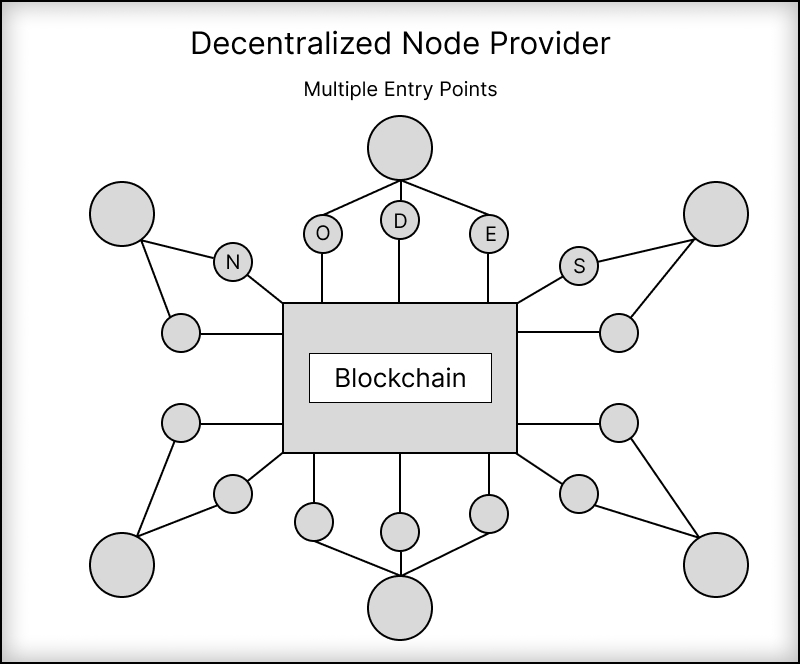 With this many actors, there’s a requirement for ways to agree on upgrades, revenue sharing, architectural changes, and so on. We can already see this on Ethereum with the EIP system. From past experience, this often means implementing decentralized governance like a DAO.

Why is Decentralized Infrastructure Important?

So why is this decentralized node protocol a big deal?

As I mentioned earlier, decentralized networks have progressed significantly as well as some of the protocols, DeFi above all. However, decentralized data access is one of the most important components of the Web3 tech stack.

How this will evolve is yet to be seen, but Infura plans to release the new protocol in stages.

What Can You Do?

Since Infura’s announcement at ETH Berlin was high-level, we don’t know yet how this decentralized infrastructure protocol will be implemented.

That said, there was an open call for infrastructure providers to get involved. Qualified providers can sign up for the early access program to help construct the test network. In the announcement, they listed the following qualifications:

If you want to learn more about this decentralized network, keep an eye on Infura’s official channels for more information.